Saturday 12th March – You Shall Be My Witness’ Mass – 7.30pm Eadestown Church

Monday 2nd May – No School 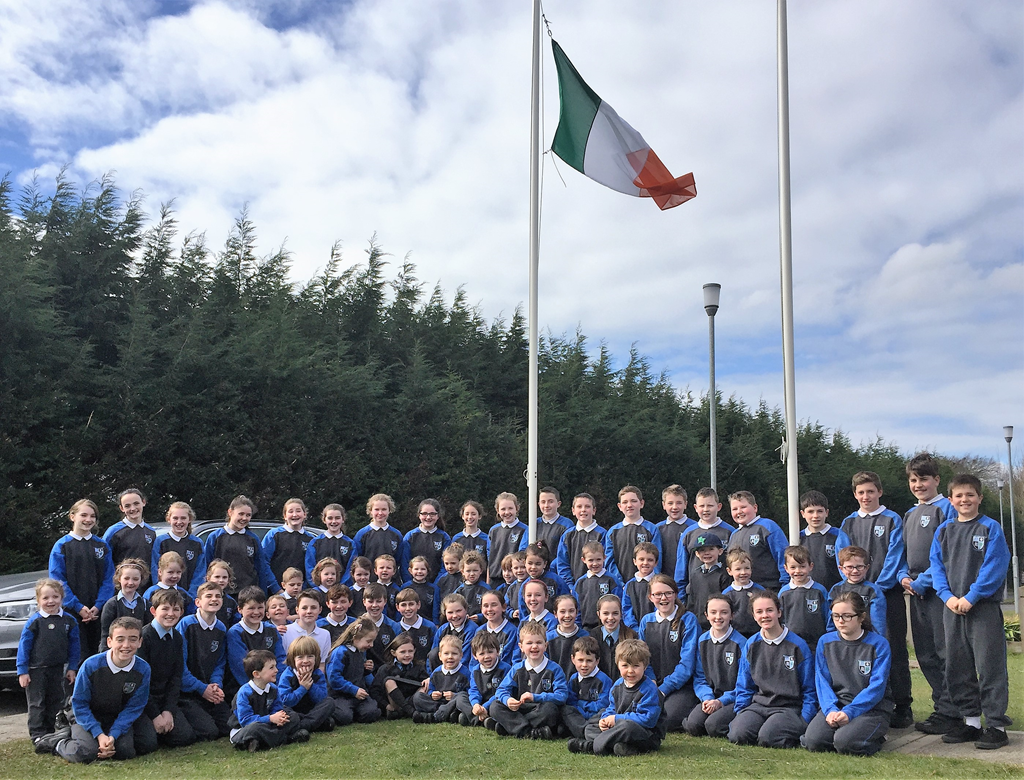 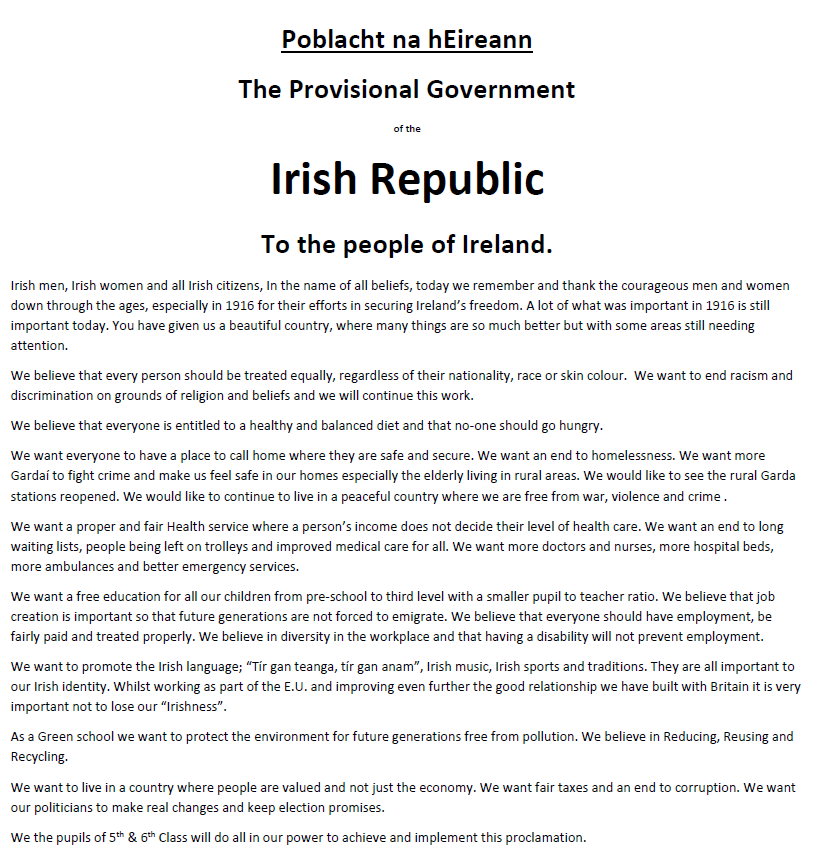 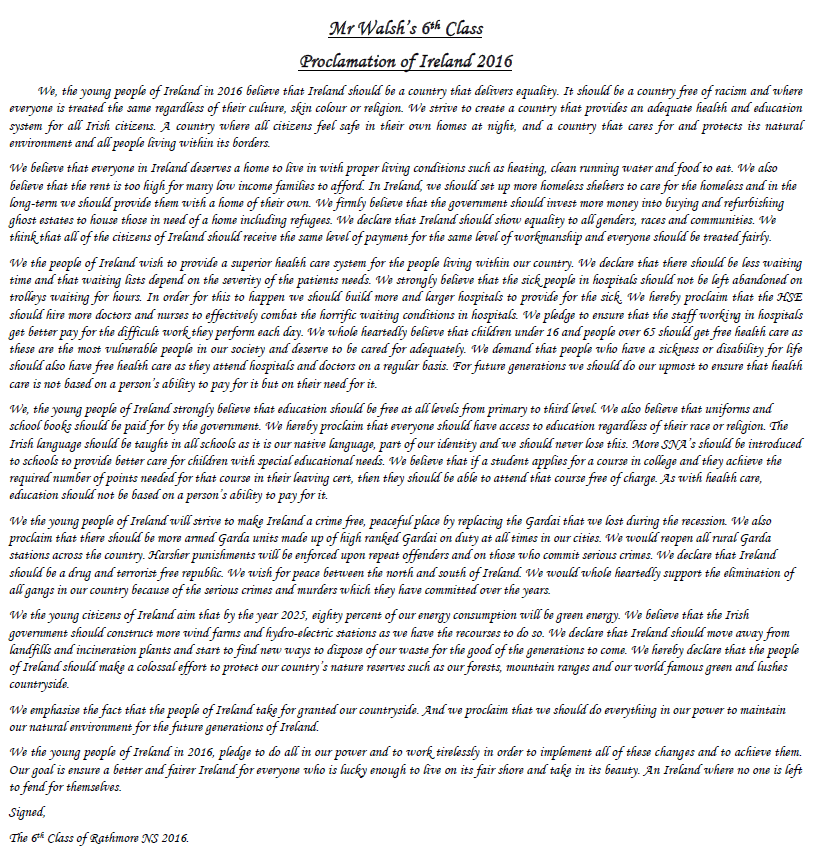 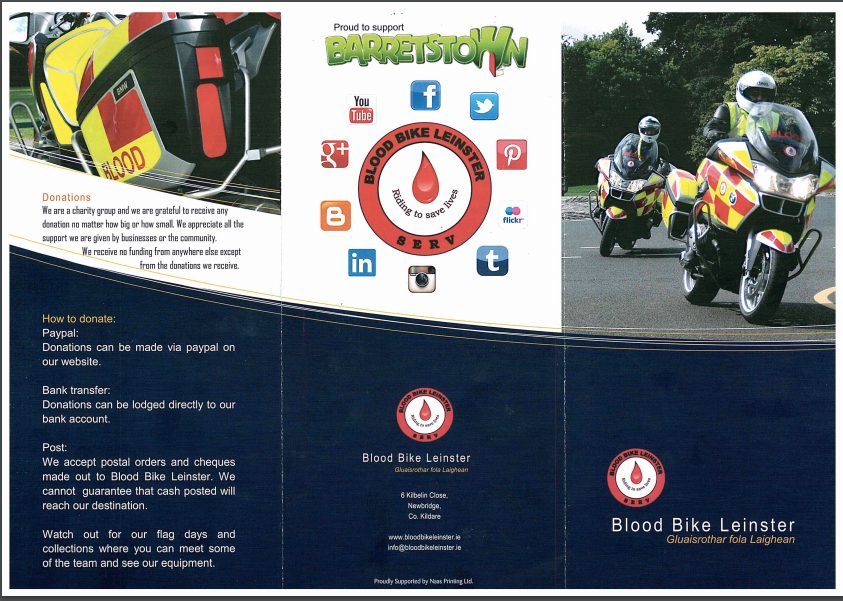 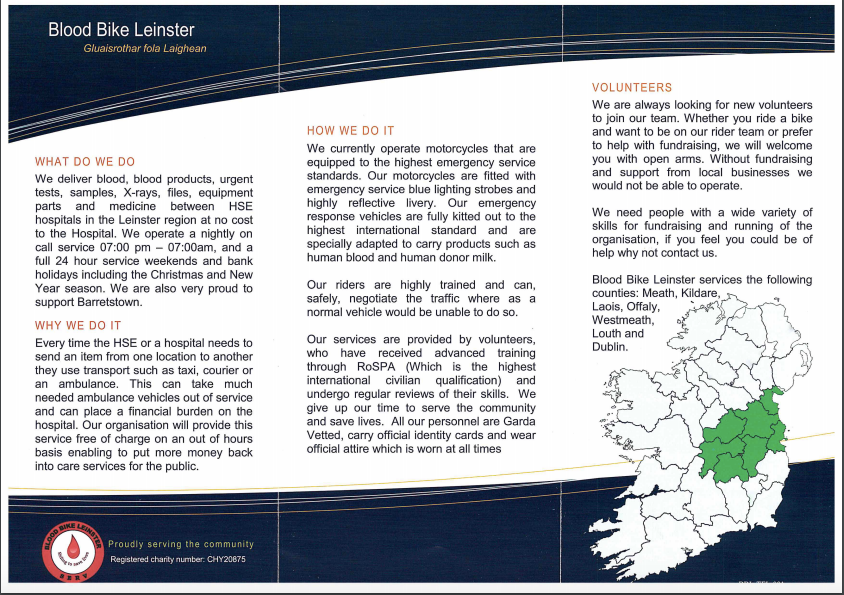 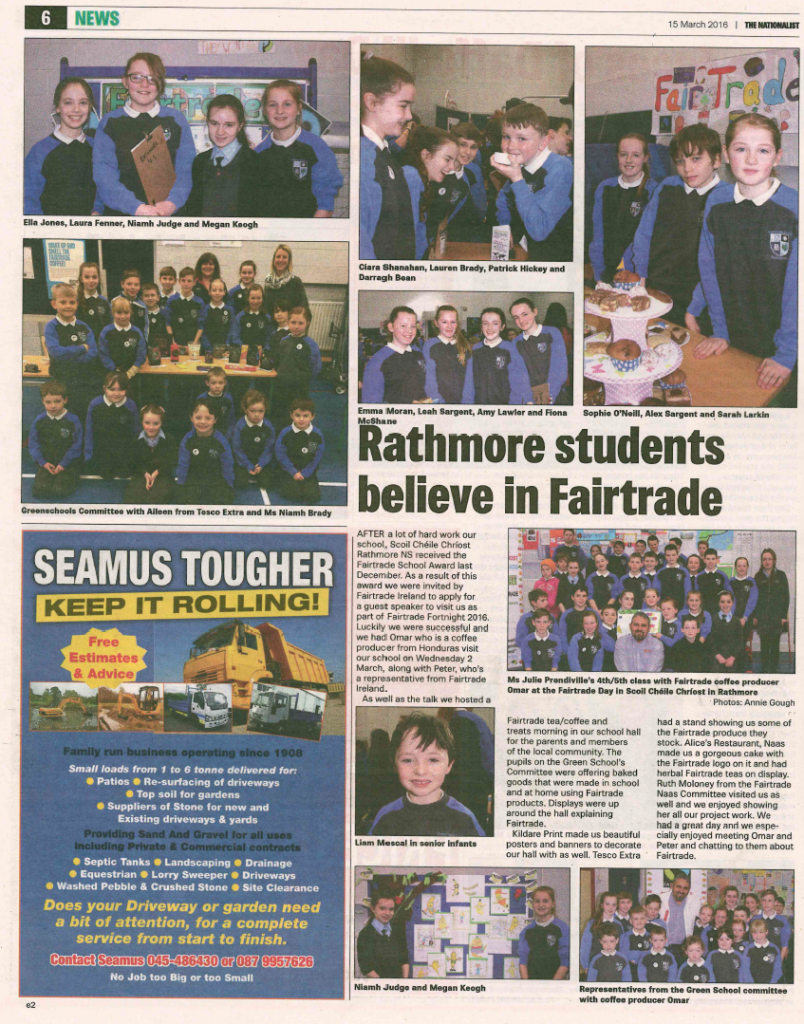 On Wednesday, March 2nd Rathmore N.S hosted their first Fair Trade BIG breakfast morning. The morning was organised to celebrate Omar (a coffee production farmer from Honduras) coming to the school to give a presentation to the children. Ms. Brady, Ms. Shaw, the Green Schools Committee, Ms. Prendiville and her class organised the fantastic event. A huge amount of work went into getting the hall decorated and displaying the attractive posters and banners.  A fantastic effort was made by all the children in the school to get involved and every class and teacher contributed to the breakfast morning in some way. Fabulous treats and cakes were baked using fair trade ingredients by children in every class, and beautiful art work was proudly displayed.

It all kicked off at 10 O’ Clock, Ms Brady welcomed Gill and Michael from RTE 2 who captured the whole event for their show ‘News2day’. Other guests included Ruth from Fair Trade Ireland and Aileen from Tesco in Naas. The hall quickly filled with well-known faces from the community, parents and children from 3rd to 6th class.

The hall was a hub of excitement as children and adults sampled the various Fair Trade baked goods that were brought around proudly by the children from the Green Schools Committee.  The hall was filled with chatter and the children proudly presented each display and educated their parents about Fair Trade.  The children represented their school excellently when they were interviewed for various segments for news today. The children from Junior Infants to second class had their turn to visit the hall and be part of the event. When Omar arrived the hall erupted with delight. Ms Lancaster addressed the whole hall and made a wonderful welcoming speech and thanked everyone involved. Omar and Peter from Fair Trade Ireland spoke about Omar’s coffee production farm. The children got involved and asked Omar a range of questions. The morning was concluded with lots of photos being taken with Omar and the children went back to their class rooms. A great morning was enjoyed by all who attended.

On behalf of Rathmore School, Ms Shaw and Ms Brady would like to give a huge thank you to everyone who helped and contributed to the event. In particular a huge thank you to Ann Grainger from Kildare Print in Naas who provided exquisite, bright vibrant banners and posters. Thank you to Eibhlín in Alice’s Restaurant in Naas for making us a beautiful cake with the Fair Trade logo on it.   Also Brigid Judge and Síobhan Parker for volunteering their time. Ms. Prendiville and her class for their fabulous projects and help on the day.  To all the parents and wonderful people from the community for giving up their time and attending the event. Thank you to Annie Gough for capturing every moment with fabulous photographs. And finally to all the children in Rathmore School, who without their interest and participation, the event would not have been possible.

The Enrolment process for the following school year 2022/2023 is open from January 6th 2022. Forms of Enquiry are available from the school office or can be Downloaded here